Visit Cuba With Ease: Choose To Cruise There On Eight Lines, From Small To Mega-Size

The frenzy about traveling to Cuba may have cooled down from its highest peak, but travelers are still interested in visiting the island-country 90 miles from the States –  still as different and fascinating to many Americans as countries halfway around the globe.

After relations between Cuba and the States improved three years ago, allowing U.S. citizens to visit for cultural exchanges, charter flights and then commercial airlines brought passengers into Cuba.

While commercial airlines have cut back a bit from their initial offerings, upscale lodging still lags behind demands, and tourism struggles to meet the challenges of Cuba’s limited infrastructure. Despite this reality, a new travel option has arrived: Because they are less dependent on land-based operations, cruise lines now offer travel opportunities for passengers who wish to discover the country with a minimum of land-based hassle. This year close to 200 thousand U.S. tourists are projected to arrive in Cuba by ship.

From the 1930s to the 1950s, cruising to Cuba from the United States was a regular thing, but that ended in 1961 after the U.S./Cuban embargo began. Since 2014 you could cruise on a few smaller European lines, including Greek line Variety Cruises, French lines Ponant and Club Med, Swiss line MSC, and British line Caledonia. But few Americans were able to enter Cuba except with special visas and through other countries. 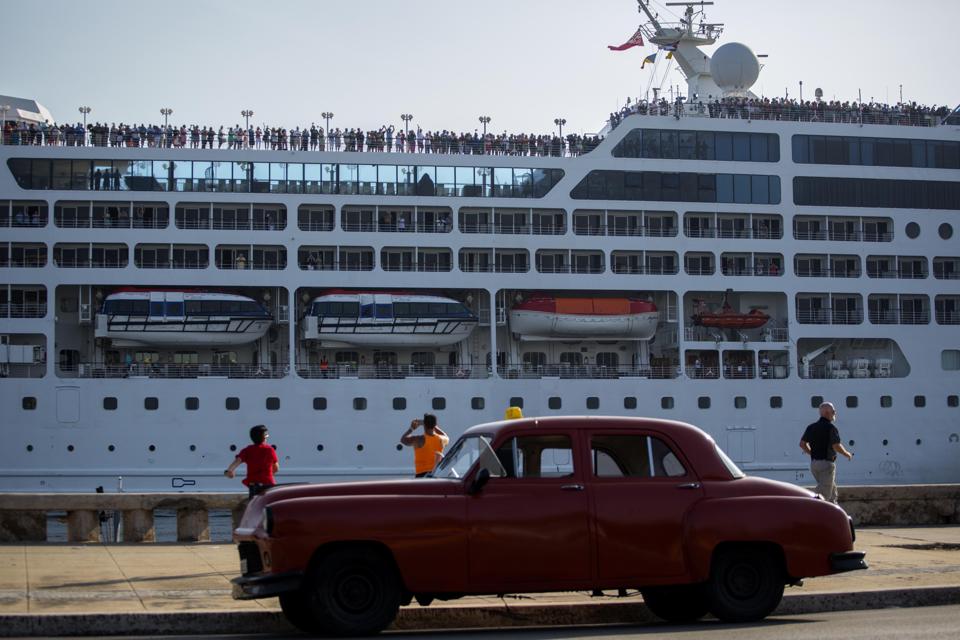 The Adonia, operated by Carnival Corporation’s Fathom brand, is scheduled to continue cruises to Cuba every other week through the last week in May. Havana is also on the itinerary for sailings from Florida aboard Royal Caribbean’s Empress of the Seas ship and on Norwegian Cruise Line’s Norwegian Sky, and on other ships as well. Long-term prospects for cruises and other forms of travel from the U.S. to Cuba remain uncertain under the new Trump administration. (AP Photo: Desmond Boylan)

Fathom on the 704-passenger Adonia pioneered travel to Cuba, but the Cuban destination is being discontinued after June because Fathom’s bi-weekly trips to the Dominican Republic are not selling well enough to continue the scheduling. 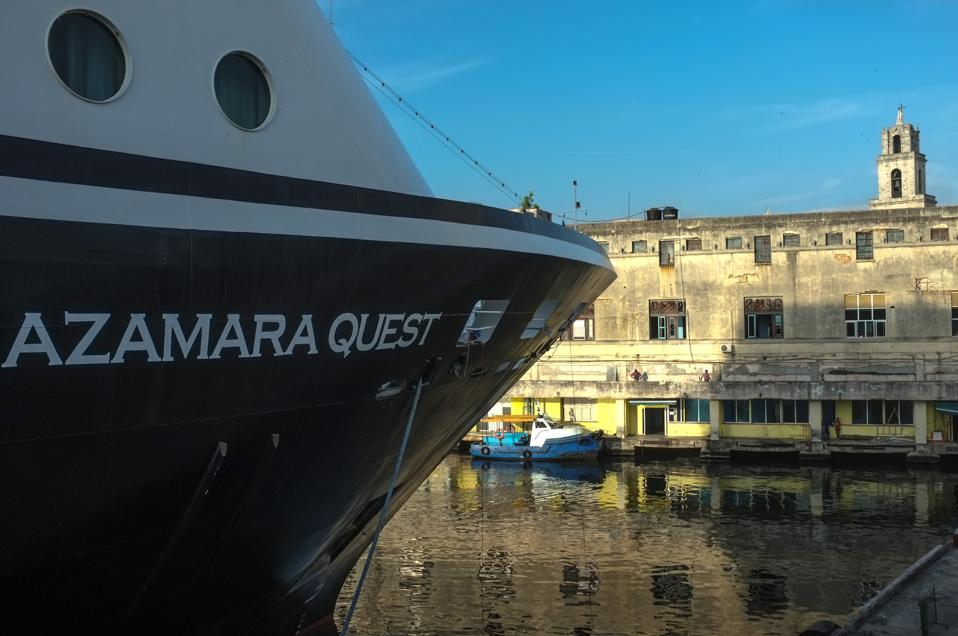 Cruise ships bring their own accommodations and their own provisions to Cuba, skirting many problems that land tourists encounter. Ships’ excursions follow U.S. guidelines, and fees are already paid, so dealing with the confusing Cuban currency is minimal. Also, the fact that ships move around to different ports, including Havana, Santiago and Cienfuegos, passengers are spared much of the driving on busy roads. 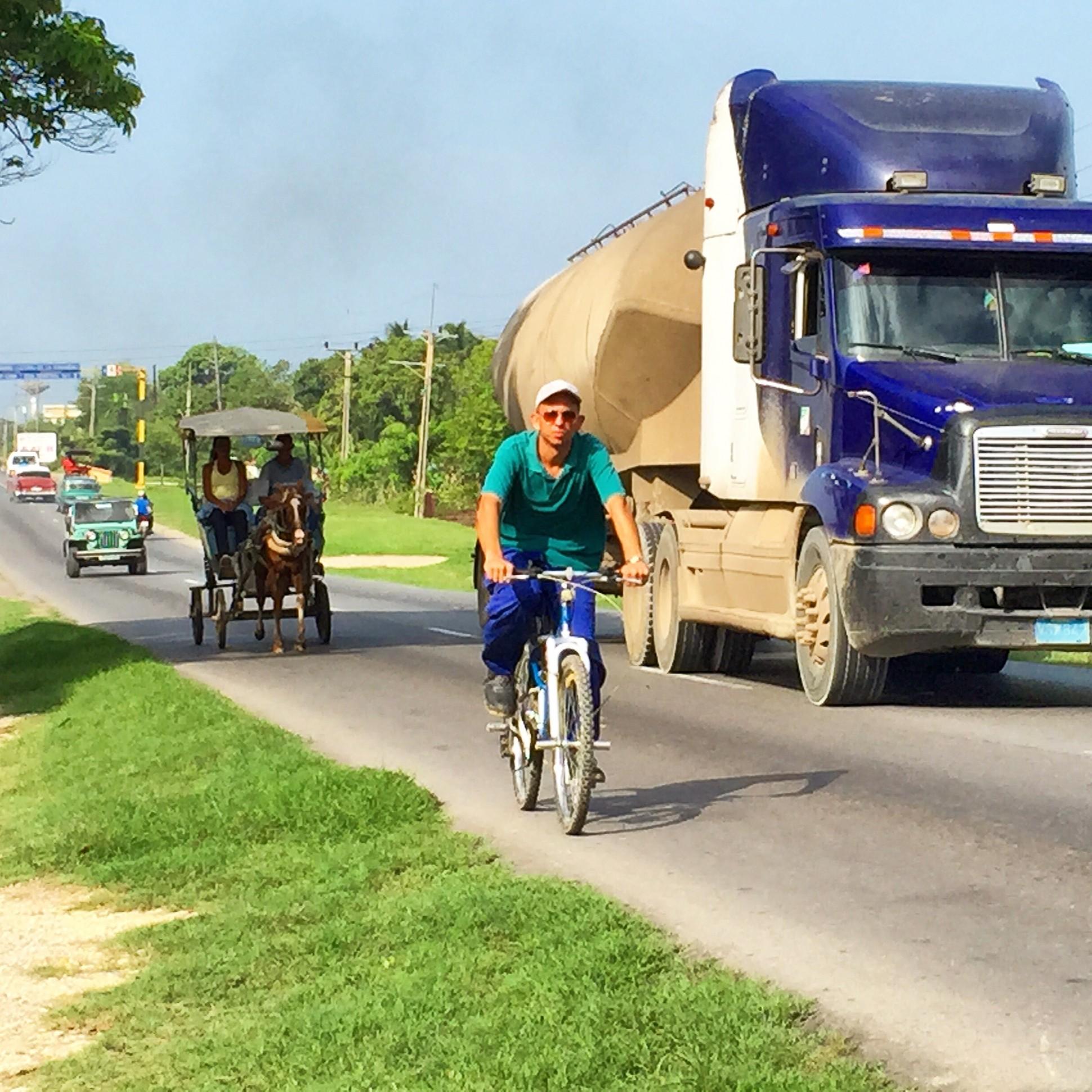 What will the impact on Cuba be when mega-ships enter Havana harbor? Port improvements will eventually be needed, as well as highway repair to get passengers around in the short time they have in port. Local guides, buses, ferries, restaurants, tourist sites and shops will need to prepare for larger crowds when the big ships come in.

It is still a waiting game: Cuba, with limited resources, is cautiously awaiting what the new U.S. presidential situation will bring. Will there be a regression in relations between America and Cuba? Who knows? But meanwhile, you can cruise to that fascinating Caribbean country on a luxury ship.

This article was written by Lea Lane from Forbes and was legally licensed by AdvisorStream through the NewsCred publisher network.